How Does VCI Work

VCI’s generally come as solid, for convenience in handling. Volatility is simply a means of transport. Protective vapors disseminate within an enclosed space until equilibrium–determined by the partial vapor pressure–is reached. The inhibiting process starts when the vapors contact the metal surface and condense to form a thin barrier of micro-crystals. In the presence of even minute traces of moisture, the crystals dissolve and develop strong ionic activity.

The result of such activity is adsorption of protective ions onto metal surfaces, with the concurrent formation of a molecular film that fosters breakdown of contact between the metal and an electrolyte. The presence of an invisible monomolecular film does not alter any of the important properties of the metal, even in precise electronic application, where properties such as conductivity, or dimensional tolerances are critical, and where even minute deviations could cause malfunction.

VCIs migrate to distant metallic surfaces. This ability enables VCIs to protect metals without direct contact with metals. VCIs need only to be placed in the vicinity of the metals to provide protection. VCIs will migrate to metallic surfaces through the vapor phase and the inhibitor will be adsorbed on the surface. The protective vapors will distribute within the enclosed space until equilibrium is reached. Equilibrium is set by the compound’s partial vapor pressure.

Proper selection of volatile compounds enables controlled and dependable volatilization. The higher the temperature, the stronger the tendency of the metal toward corrosion. The volatilization rate of VCIs has a similar function dependence upon temperature, so that more inhibitive material is evaporated at higher temperatures. VCIs can thus self-adjust to the aggressiveness of the environment, over a wide temperature range.

Volatile corrosion inhibitors were originally developed for protection of ferrous metals in tropical environments, an approach that soon proved limiting because of incompatibility with nonferrous metals. Recent developments are based on the synthesis of compounds that provide satisfactory “general” protection, i.e., they protect most commonly used ferrous and nonferrous metals and alloys. Investigations of electrochemical behavior show that these compounds belong to family of mixed or “ambiodic” inhibitors capable of slowing both cathodic and anodic corrosion processes. Active ingredients in VCIs are usually products of reaction between a volatile amine or amine derivative and organic acid. The product obtained as a result of this reaction, ‘aminocarboxilates’ are the most commonly used VCIs. Cyclohexylamine, dicyclohexylamine, guanidine, aminoalcohols, and other primary, secondary & tertiary amine salts represent the chemical nature of VCIs. VCI compounds, although ionized in water, undergo a substantial hydrolysis that is relatively independent of concentration. This independence contributes to the stability of the film under a variety of conditions. The absorbed film of the VCI on the metal surface causes a repulsion of water molecules away from the surface. This film also provides a diffusion barrier for oxygen, decreasing the oxygen concentration, and thus reduction of the cathodic reaction. Strong inhibition of the anodic reaction results from the inhibitor’s having two acceptor-donor adsorption centers that form a chemical bond between the metal and the inhibitor. Adsorption of these compound changes the energy state of metallic surface, leading to rapid passivation that diminishes the tendency of metal to ionize and dissolve. In addition to preventing general attack on ferrous and nonferrous metals, mixed VCIs are found to be effective in preventing galvanic corrosion of coupled metals, pitting attack and, in some cases hydrogen embrittlement

What are YOU doing to control YOUR corrosion problems?

Are you using 1940’s technology or 1990’s technology? Or worse yet, nothing at all…? Is
corrosion eating away your bottom line, as well as your products?? By implementing a
total corrosion control plan you can reduce rejects, returns and failures; while
increasing productivity, customer satisfaction and profitability.
VCI-2000 packaging products are Nitrite free, environmentally safe
corrosion prevention products that provide multi-metal protection for everything from
steel rebar to electronic circuit assemblies. VCI’s are non-residual and can be applied
during the manufacturing, packaging and/or operational stages of a product.

in the early 1900’s, it was discovered that a chemical could protect metal from
corrosion by vaporizing and depositing on the metals. These chemicals were Nitrites,
and the first useful one was DICHAN (Dicyclohexylammonium Nitrite). This
compound was developed by Shell after the Second World War to protect military
equipment. DICHAN was adapted by some companies as a powder and as a paper
coating to protect metal parts. However, there were early problems . . .

Nitrites protect Iron and Aluminum ONLY
Nitrites attack Copper and Bronze
Nitrites are known to cause health problems – Cancer, Respiratory, Visual
The disposal of nitrites causes Environmental problems
Nitrites exhibit low vapor pressure
It is difficult to calculate exact “dose” for application
Nitrites can cause corrosion

Today, Sodium Nitrite is frequently used in Vapor Corrosion Inhibitor (VCI) paper
coatings and the same problems exist with this compound. But Sodium Nitrite is
inexpensive so a large quantity can be used in a coating without impacting cost
significantly. So, nitrites continue to be sold and continue to give VCI’s a bad
reputation.

In the 1950’s research began in earnest to overcome the problems associated with
nitrite based VCI’s. The goals of researchers were to:
Protect other metals – especially Copper
Achieve higher vapor pressure to protect larger areas
Produce products that were safe to use with no health problems
Solve disposal problems – safe for water systems
Make it easy to calculate amounts for proper protection for items
These programs were largely successful. New and innovative methods were developed
to deliver these new compounds; and improved products are now available. However,
the workplace is still lenient on rules protecting workers handling VCI products and
Nitrites are still acceptable in most countries. The United States, Japan and Germany
continue to produce Sodium Nitrite products. WHY? The low cost of Sodium Nitrite
makes it difficult for environmentally safe products to compete. Additionally, Sodium
Nitrite based products perform well in a number of tests (when health and
environmental factors are ignored).
Companies like yours that are health and environment conscious can make a
difference, however. You can insist on VCI’s that not only outperform Sodium Nitrite,
but protect your company’s products without compromising the environment or your
employee’s health!!

Packaging personnel should always wear gloves while handling metal parts.
Parts should be clean and free of fingerprints before wrapping.
Package your clean products as quickly as possible.
The VCI active side should face the metal.
The metal part should be no more than 300mm from the VCI product. The closer to the metal, the better is the corrosion protection.
As a general rule, use 1 m2 (10 sq. ft.) of VCI film for every 1-2.5 m2
(10-25 sq. ft) of metal surface. Use at least 1m2. of VCI for every 0.25 cubic meter of void space.
Use VCI to separate metal from acidic packing materials such as corrugated boxes and wooden pallets in order to prevent corrosion at the contact points.
The duration of protection depends on the VCI paper and packing method used.
Packages may be opened and resealed without affecting the corrosion protection. (Avoid touching metals during the inspection).
VCI2000 recommends inventorying no more than a six month supply of VCI packaging Store unused VCI in a cool, dry place, away from direct sunlight.
For best results, we recommend testing the VCI product for compatibility prior to use. 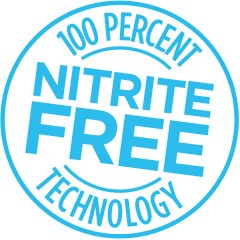 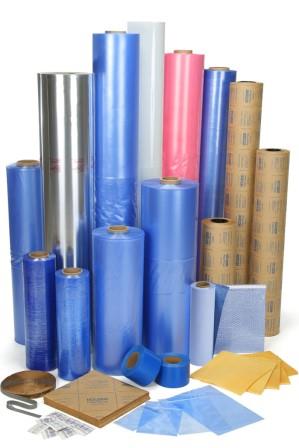 Get Our New VCI2000 Mobile App